Training provider names Robert Halfon as their politician of the year

By Staff Reporter on November 1, 20132 Comments

HARLOW MP Robert Halfon has been presented with a Politician of the Year award from Avanta, one of the UK’s leading employment and training providers.

In 2010 Mr Halfon became the first MP to employ an apprentice in a Westminster office.

Then in 2011, alongside The Creative Society, he helped found the Parliamentary Academy, an official apprentice school set up to help other MPs hire apprentices and pay them a wage.

To date there have been 21 apprentices employed by MPs and Mr Halfon has employed three Harlow College apprentices. 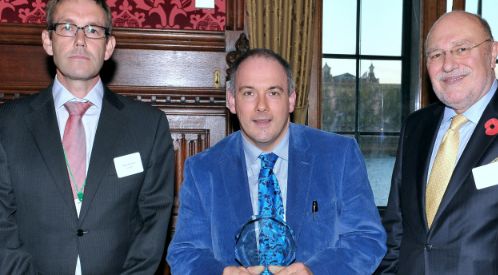 Mr Halfon said: “Receiving this award was a huge honour for me and it is great to know that my campaigns on vocational education have been so well received.”