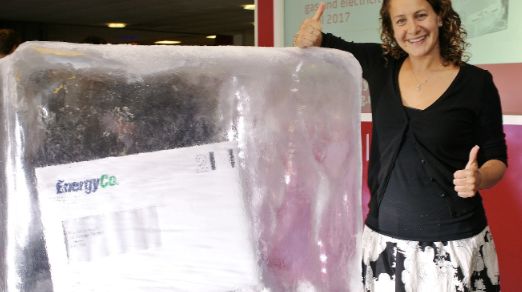 Under this government, energy bills have risen by almost £300 a year for families, and businesses say it’s the second biggest cost they face.

On Wednesday (6th Nov) Labour held a debate in parliament calling on the government to freeze energy prices to ease the escalating cost of living for families and help out small businesses. Labour also called for all over-75s to be automatically put on the lowest possible energy tariff by their supplier. Conservative and Liberal Democrat MPs voted down the proposal meaning higher energy bills for households and businesses in Harlow.

“People in Harlow are really struggling with the rising cost of living, and energy prices are a big part of that. Halfon was challenged to support Labour’s motion calling for an energy price freeze but he voted for higher energy bills instead. Labour has pledged to reduce costs for families and businesses while Halfon and the Tory-led government are instead helping to protect the absurd profits of the Big Six energy companies. How out of touch can you get?

“Hardworking people want action now to tackle the cost of living crisis. We need Ed Miliband’s plan to freeze energy bills to save money for 27 million households and 2.4 million businesses and reset the market to deliver fairer prices in the future.”

YH will be asking for Mr Halfon’s response in due course.

Stride attacks Halfon over energy prices added by admin on November 9, 2013
View all posts by admin →

One Response to "Stride attacks Halfon over energy prices"