The Ballad of Prentice Place…could we be on the last verse?

IT HAS been running for almost eleven years but it could be (we stress..could be) coming to a conclusion.

At a meeting of the Potters Street Residents Association, a number of agencies came together to tell residents “where they were”.

For newcomers to this story, over the years there have been hopes to re-generate Prentice Place.

Over the years, the flats above the shops have been vacated.

However, the stumbling block appears to be the agreement of NHS England. Only then will funds be released and only then can Ostler House come on board with plans to regenerate.

The residents had clearly become very frustrated at the length of time this was taking. Three Labour councillors (Tony Durcan, Emma Toal and Maggie Hulcoop) fielded questions but it was quite a hostile atmosphere.

From the residents perspective it all seemed to be about poor communication from the council.

The councillors tried to stress that no organisation was the lead on this project.

Both Carole Sizeland from the Harlow Health Centres Trust (HHCT) and a representative from The Ostler House stressed that they would need a guarantee from NHS England.

Ms Sizeland said: “We couldn’t possibly get or release any form of funding without a cast iron guarantee.”

It was announced that there would be a meeting with NHS England on November 19th. 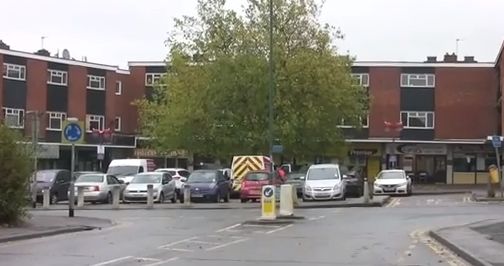