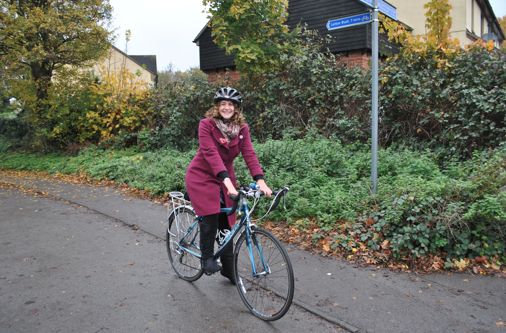 Suzy Stride, Labour’s Parliamentary Candidate for Harlow, is supporting national Road Safety Week, 18-24 November, by calling on the Government and people in Harlow to ‘tune into road safety’.

Alongside Brake, Ms Stride is pressing the Government to focus on road safety and make the issue a national priority.

“This Road Safety Week I am calling on people in Harlow to tune into road safety. If a driver is distracted at the wheel they are 2-3 times more likely to crash, potentially causing a serious injury or even killing someone.

“I also want government to put the most vulnerable first and reverse their out of touch decision to axe targets to cut the number of people killed or seriously injured on our roads.

“After years of relentless pressure to improve safety on our roads, recent increases in cyclist and motorcyclist casualties are concerning.

“Roads are shared spaces and road safety is everyone’s responsibility. But strong leadership by government is absolutely crucial to focus minds and attention on the issue. Unfortunately since 2010, the Tory-led government have axed targets to reduce deaths and serious injuries and cut front line policing vital for safety enforcement.

The Government need to rethink their approach to roads and make sure this shared space is safe for all.”

One Response to "Suzy focusses on road safety"