Should you stay or should you go to see Radio Clash at Harlow Playhouse? 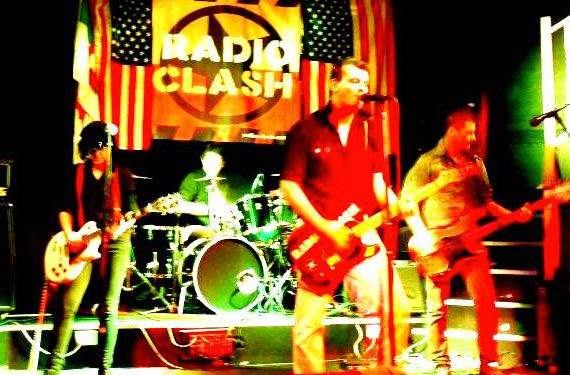 OEP Live ! are pleased to announce the amazing RADIO CLASH plus from THE SPECIALS, NEVILLE STAPLE & HIS BAND will be performing at the HARLOW PLAYHOUSE on 15th February 2015 – you will not want to miss this.

In 1978 John Hessenthaler, against all local authority opposition, promoted THE CLASH on tour at various locations throughout the UK.

The support was The Coventry Automatics, in the process at that point of changing to The Coventry Specials, later to become known as just THE SPECIALS.

In 2015, almost 37 years later, John Hessenthaler will re-create the 1978 concert at selected locations throughout the UK.

RADIO CLASH will recreate THE CLASH in sound and vision together with the set list they performed in 1978 and also on the same night exclusively from THE SPECIALS, NEVILLE STAPLE and HIS BAND will perform with passion the classic songs, as he has done since that 1978 show.

Whether you were alive or not at the time of the 1978 concert or were there – this is a must be at gig for everyone – just not to be missed. This show will definitely ‘Rock The Casbah’!

THIS SHOW REALLY IS NOT TO BE MISSED – PURE ENTERTAINMENT.