Harlow Labour vote through budget….but not without a fight

THE RULING Labour group on Harlow Council succeeded in getting their budget voted through on Thursday night.

But it wasn’t without a fight as the Tory opposition produced a detailed opposition budget as well as a succession of arguments against the Labour proposals.

The full debate can be seen below from 31 minutes onwards. 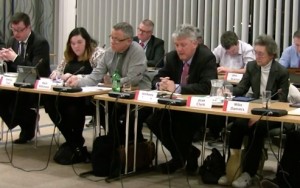