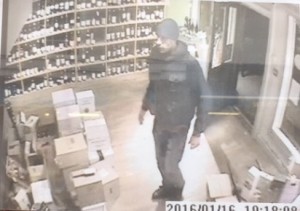 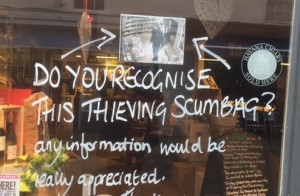 THE BOSSES at an Old Harlow wine shop have let it be known that they will not tolerate shoplifters by publishing CCTV footage of an alleged suspect.

The shop on the High Street has not only published the photograph but also made it fairly plain what they think of the suspect.

Essex Police has confirmed that they have received a complaint of shoplifting from the store on the High Street, Old Harlow and are at present conducting an investigation.