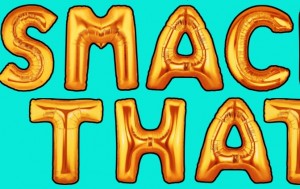 HARLOW Playhouse has teamed up with SaferPlaces to become the first theatre to enrol in the J9 initiative.

J9 is an initiative to raise awareness and to help victims of domestic abuse. The J9 Domestic Abuse initiative is named in memory of Janine Mundy, who was killed by her estranged husband in June 2003 while he was on police bail. Janine was the mother of two young boys. The initiative was started by her family and the local police in Cambourne, Cornwall, where she lived.

Where the J9 logo is displayed in a premises, it alerts victims that they can obtain information which will help them to access a safe place, where they can seek information and the use of a telephone.

This is inspired by the work of Smack That (a conversation), created by Rhiannon Faith & commissioned by Harlow Playhouse, opening on May 12th.

Smack That (a conversation) is a shameless and subversive dance theatre about human resilience, survival and how we care for one another. Both performers and non-performers come together to tell their real stories of domestic abuse in a unique, turbulent and empowering way. This piece is commissioned by Harlow Playhouse, supported by Arts Council England, Essex County Council, DanceEast, Rich Mix, Arts Depot, and developed through the Open Lab at Barbican/Guildhall. Off the back of the tour, Rhiannon hopes to leave a legacy with those theatres and that they all become J9 venues & through the project. They worked closely with victims of domestic abuse and were put in touch with SaferPlaces, which told her about the J9 initiative.

Rhiannon said: ‘Rhiannon Faith is delighted to be commissioned by Harlow Playhouse for our new show Smack That (a conversation). The dance- theatre performance is about survival, resilience and how we care for one another. It explores a very raw and honest account of domestic abuse from women within the Essex community. With this support we are able to start a conversation about a vital social issue and raise consciousness. The project has been supported by Safer Places, the leading care provider for victims of domestic abuse in Essex. We are thrilled that Harlow Playhouse has become the first UK Theatre venue to implement the J9 campaign, making the venue a Safe Space for victims, and for training staff to recognise and respond to signs of abuse. They have set the bar of what a performance venue can be, and we hope that each venue during the work tours will also sign up to the J9 campaign and become part of the legacy of Smack That (a conversation) and our drive for social justice.’

Jessica du Preez & Rory Davies, Interim General Managers at Harlow Playhouse also commented saying: “We are proud to have become the first theatre to enrol in the J9 initiative through the wonderful team at SaferPlaces. This wouldn’t have been possible if it wasn’t for the creative drive and dedication from the team behind Rhiannon Faith’s piece Smack That (a conversation) which we commissioned. We are hoping that by opening our doors, we are allowing others to open theirs – and this will further support those who suffer from domestic abuse and create a safe space within theatres around the country.”

Safer Places is an independent charity which provides a comprehensive range of services to adults and children affected by domestic and sexual abuse who live in west Essex, mid Essex, east Hertfordshire and Southend. They are passionate about diversity and equality and will do all that we can to ensure that everyone who needs their services can use them. They offer services to women and to men, with LGBT trained staff too. They will arrange interpreters for people who do not speak English well, have staff who speak a range of languages and who can sign, also accommodating people who have disabilities who require ongoing care.

For more information on becoming a J9 venue or to hear more about Smack That (a conversation) please visit our website www.harlowplayhouse.co.uk or alternatively contact Daniel Powell on 01729446739 or [email protected]