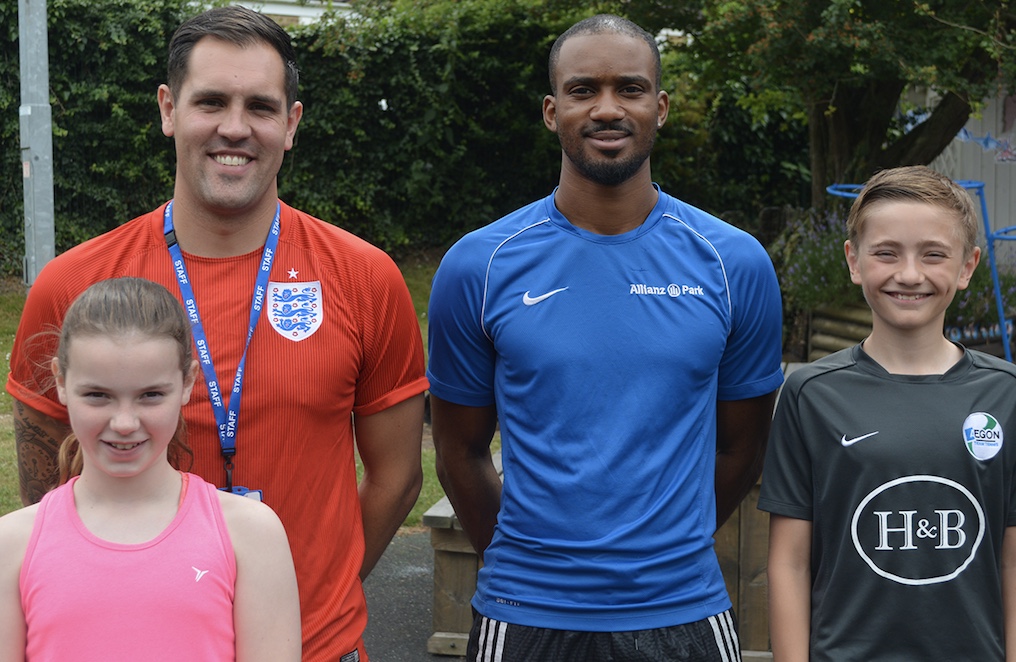 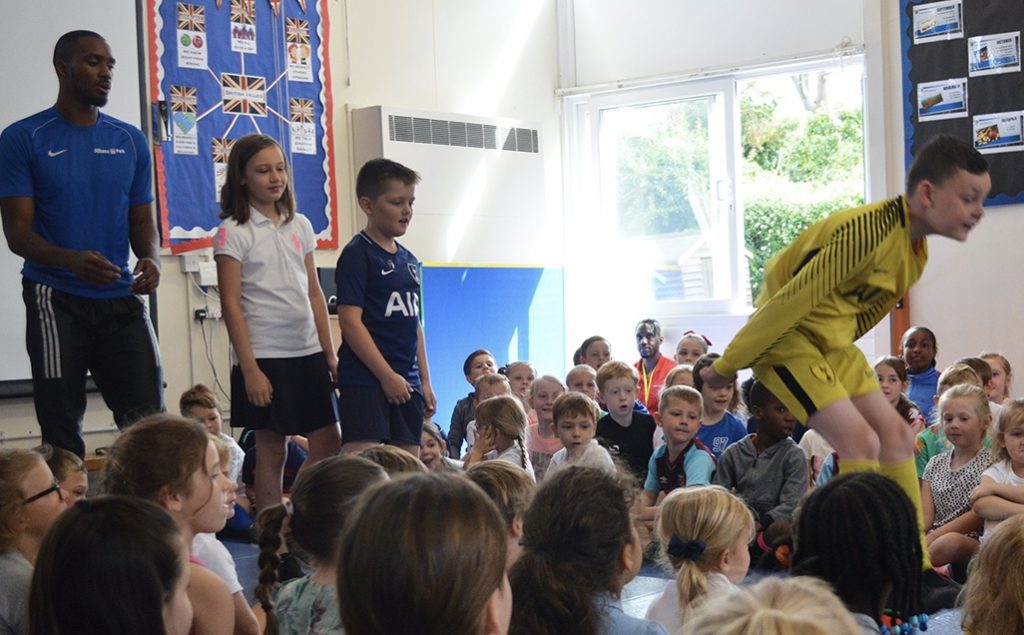 WHO better to inspire children to get fit and active than a Team GB athlete.

International triple jumper Daniel Lewis put pupils at Roydon Primary Academy, in Roydon, through their paces with a morning of circuit training.

The Olympics 2020 hopeful, who competed at the 2014 Commonwealth Games and has secured 45 gold medals in his career, worked with every pupil to inspire them to find a passion for sport.

He said: “Today is about getting children more active and having fun, as well as giving them some inspiration.

The message is simple; that if they get some enjoyment and passion for something, they will naturally want to do it more.

“It has been really good; the children are really enthusiastic.”

During the visit, organised through Sports for Schools, Daniel wowed pupils by measuring out the 16m31 distance he is able to triple jump.

But, he told how at their age, he wasn’t the best at sport.

He said: “I was into cartoons, my PlayStation and McDonalds. It wasn’t until later that I realised I had jumping ability when I competed in standing long jump at sports day. It was not until I reached secondary school that I even heard of triple jump.

“At my first English Schools Championships, I came ninth. I remember looking at those in first, second and third places and thinking I could never be as good as them. I thought I might as well give up. My coach convinced me to dedicate myself to it. The following year, I came first and became the number one in Britain at the age of 16.”

Pupils, who attended school in their sports kits for the visit, had spent a couple of weeks preparing for the circuits after watching a video sent to them by the athlete.

They were sponsored to take part, raising money which will be split between the school for new sporting equipment and the athlete for Olympic preparations.

PE specialist Elaine Luscombe said: “This is a great way to show children how easy it can be to do circuit training. They could do this at home as it does not require any equipment, it’s just all about moving their bodies.

“I know they will go home from this and want to find out more about Daniel and his career. They will remember this day. It has been so inspiring. They will now be able to use what they have learnt as warm-ups in their PE lessons.”

Head of school Michael Clark said: “Today is about getting pupils excited about exercise and sport. There have been lots of high fives and cheers; there is a real buzz around the school today.

“Sport is a big deal at Roydon and this is just another opportunity to show our young people that getting physically active can be a lot of fun. It has been a completely inclusive day, with Daniel showing pupils alternative exercises to try where necessary.”