Man who dealt drugs in Harlow jailed for three years 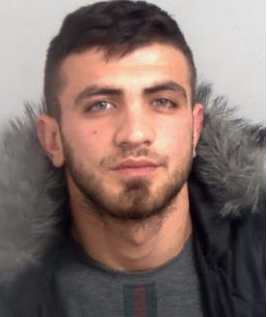 A DRUG dealer found with Cannabis concealed in his underpants has been jailed for more than three years.

Chelmsford Crown Court heard how officers from the West Operation Raptor team were patrolling on Three Horseshoes Road in Harlow on December 4 last year when they spotted a silver Mercedes known to be linked to the supply of Class A drugs.

When they approached the front seat passenger, 21-year-old Islam Brojaj, he initially gave a false name and address. He was then searched and was found to have a large bag of the Class B drug cannabis concealed in his underwear and two mobile phones.

The phones were later subjected to forensic analysis and were found to have been used in conjunction with the supply of Class A drugs.

He admitted all of the charges when he appeared at Chelmsford Crown Court and was given a 38-month jail term.

Following the sentencing DS James Paget of the West Operation Raptor team said: “Brojaj is yet another London drug dealer who thought he could come to our county to sell drugs on our streets.

“The fact that he used cynical marketing ploys, like offering deals on multiple wraps of harmful Class A drugs, just shows the sheer lack of regard both he and dealers like him have for the communities in which they operate.

“We will continue to hunt down those dealers who think they can come to Essex to deal drugs, Operation Raptor will always be one step behind them.”
Essex Police set up Operation Raptor teams in the North, South and West of the county to tackle drug and gang-related crime.

If you have information about drug or gang-related crime in your community contact Essex Police on 101 or Crimestoppers anonymously 0800 555 111.
Brojaj was sentenced at Chelmsford Crown Court on Friday February 1.