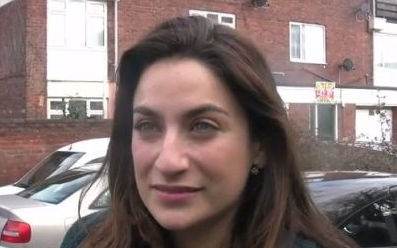 Ms Berger, who twice visited Harlow in 2014, was the subject of a proposed vote of no confidence in her Liverpool Wavertree constituency.

The motion accused Ms Berger of being against Labour leader Jeremy Corbyn, saying: “Instead of fighting for a Labour government, our MP is continually using the media to criticise the man we all want to be prime minister.”

Deputy leader of the Labour Party, Tom Watson accused the Labour members who were planning a vote of no confidence in Luciana Berger of “bringing disgrace” on the party. 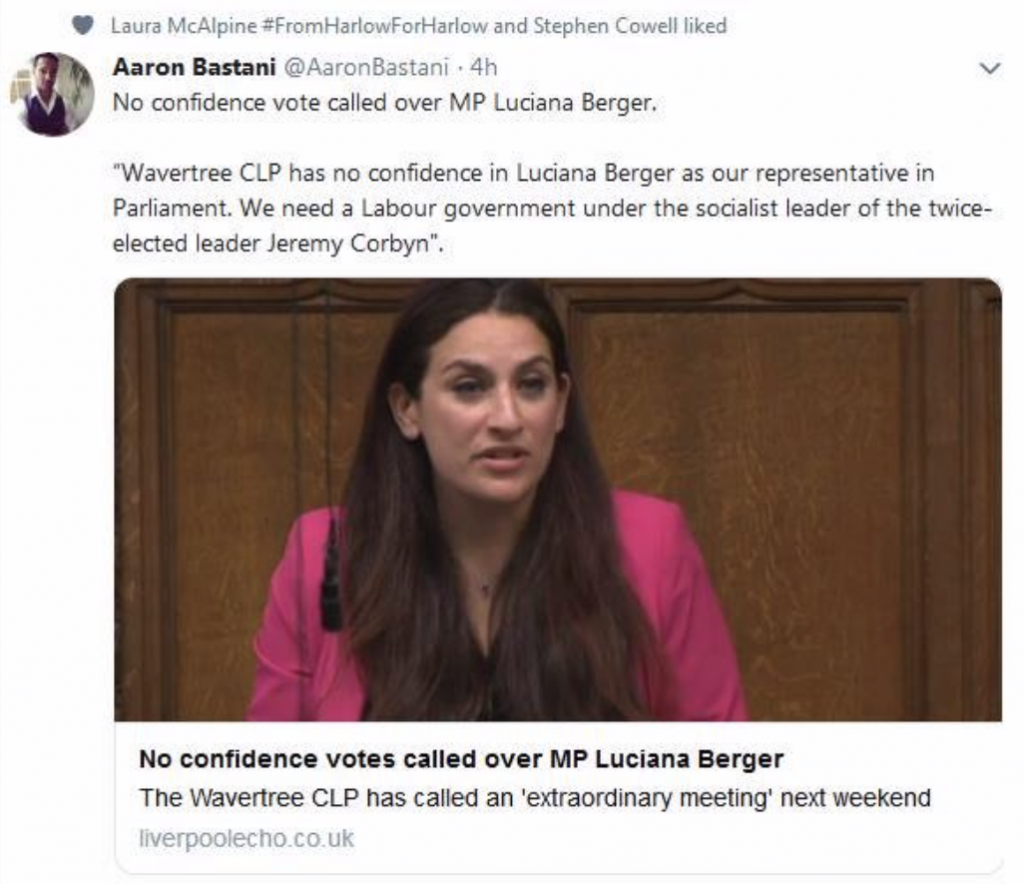 One Labour activist @Labourdave disagreed with Ms McAlpine’s “like” He said on Twitter: “I ask Harlow Labour PPC to withdraw her “like” icon and stand with us with Luciana”.

On Friday afternoon, the motion was withdrawn.

Ms Berger, a Jewish woman, has been high critical of Jeremy Corbyn’s handling of antisemitism in the Labour Party. Ms Berger has been the victim of horrendous antisemitic abuse. She was even given police protection at a Labour Party conference last year.

YH contacted Ms McAlpine for a comment but she had not replied at the time of publication.