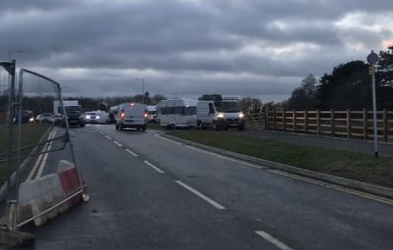 Under the Home Office proposals, police in Harlow and the neighbouring villages will have extended powers to tackle trespassers, allowing them to move trespassers along to suitable authorised sites and increase the length of time they will be excluded from returning to the land. The Home Secretary, Sajid Javid MP, has also said he will consider criminalising the act of setting up an encampment.

The Ministry of Housing has committed £1.5 million of additional funding for local authorities to help them deal with unauthorised developments. New statutory guidance will also support local councils in dealing with the issue.

Robert Halfon has worked hard with Essex Police and the Police, Fire and Crime Commissioner in recent years to address the issue of illegal traveller sites in Harlow. He has raised the issue in Parliament on more than 5 separate occasions and has written to the Home Secretary, Communities Secretary and Justice Secretary back in November 2014.

Robert said: “I welcome this action from the Government, clamping down on unauthorised encampments. In Harlow, we have seen over 100 illegal encampment sites set up over the years and they have been a blight on our town and villages.

“I have campaigned relentlessly throughout my time as MP for more police powers and better support for local councils to tackle the problem and these announcements are a really positive step in the right direction.”