JUST days after Boris Johnson has become Prime Minister and appointed his new Cabinet, Harlow MP, Robert Halfon, has called on the new Chancellor, Sajid Javid, to release the capital funding for a brand new hospital in Harlow.

This follows Boris Johnson’s announcement that he would be prioritising 20 new hospital upgrades in his first speech as Prime Minister on the steps of Downing Street on Wednesday.

As part of his long-running campaign for an all-encompassing, state-of-the-art health campus in Harlow, Rob Halfon MP has written to the Chancellor asking him to grant the much-needed funding for a new hospital in Harlow. 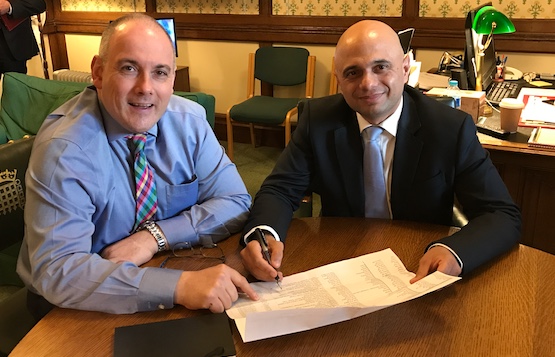 In his letter, he highlights the “pressing importance of capital funding” given that the Princess Alexandra NHS Hospital’s “infrastructure is outdated” and “no longer fit for the 21st century” with “immense patient demand”. He also praises the “outstanding NHS staff” at Harlow’s hospital who “have worked incredibly hard to improve patient care”.

The letter comes after Robert Halfon asked the new Prime Minister, Boris Johnson, for a new hospital in the House of Commons Chamber on Thursday, to which the Prime Minister confirmed that “details of the programme [of 20 new hospital upgrades] will be announced forthwith”.

The full letter is below.

New Hospital – Letter to the Chancellor