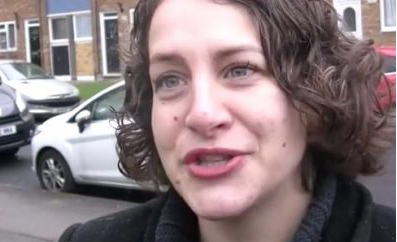 HERE is a name from the past that has cropped up.

We have read via the Labour List website that Suzy Stride, who was the Labour candidate for Harlow in 2015 is hoping to be selected as a candidate in East London.

The MP for Poplar and Limehouse, Jim Fitzpatrick is standing down at the next General Election. It will be an all-women shortlist (AWS).

In alphabetical order, here are the names doing the rounds in the local party now that it is an AWS seat. Some are confirmed as seeking selection, others not. This list will be continuously updated as tips come in…

Asra Anjum – P&L CLP secretary and LCF secretary. Only rumoured to be interested.

Apsana Begum – Vice-chair (membership) of P&L CLP, a member of London Labour’s executive committee and Momentum’s national coordinating group. Born and raised in Tower Hamlets, she was until recently the CLP secretary. On the Labour left. Good chance of winning the selection and likely the best chance of securing NEC support.

Sabina Khan – Former councillor in Brent, during which time she was criticised by Labour members for low attendance of council meetings. Thought to have lived in the area for around a year.

Suzy Stride – Brought up in Tower Hamlets on a council estate. Christian. Stood as Labour candidate for Harlow in 2015. Favoured by local Corbynsceptics, but thought to have a lower chance of success than Rachel Blake.

Deeba Syed – Sexual harassment lawyer and Labour member in neighbouring Bethnal Green and Bow. Went on the Jo Cox Women in Leadership Programme. Only rumoured to be interested.