A MAN has been jailed for more than nine years using a knife to attack a member of staff at a bar in Winchester.

Isaac Morrison, 24, of Penny Mead, Harlow had admitted charges of wounding with intent and possession of a knife in a public place. 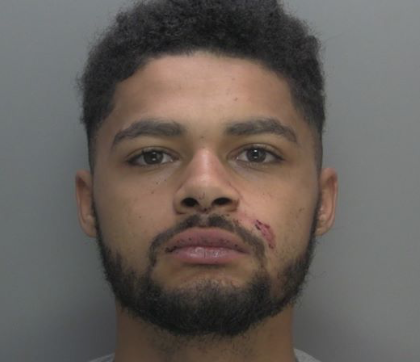 On Friday 6 September, he appeared at Winchester Crown Court for sentence.

The court heard the incident took place at Alfie’s, in High Street, at around 2.30am on Tuesday 30 April.

Morrison had been drinking in the bar earlier. He left and then confronted staff when he returned to the bar.

The court heard that during the subsequent struggle, Morrison pulled out a knife, and at one point, struck a 37-year-old man on the head.

He was then disarmed by security staff and held until police officers arrived.

The 37-year-old man was taken to hospital for treatment to a cut on his scalp and a fractured skull.

Morrison was jailed for nine years and six months, with an extended period of licence of five years.

Speaking after the hearing, Detective Constable John Duggan said: “This was an unprovoked attack which left a man with serious injuries.

“Morrison brought a knife to the bar and was aggressive with staff. The outcome could have been fatal.

“I would like to thank the bravery of the victim and other members of staff who helped detain Morrison before officers arrested him.”