HARLOW Council leader, Mark Ingall has reacted with anger after a report from Epping Council has revealed that an area of North Weald Airfield could be used as a ‘documentation check point’ for lorries should there be a ‘no deal’ Brexit.

The proposals were initially discussed in private session by Epping Forest District Council’s cabinet but a public report seen by Everything Epping Forest reveals that the council, which owns the airfield, is in negotiations with HMRC over the possible letting of part of the airfield as a check point for lorries importing and exporting “high value goods”. 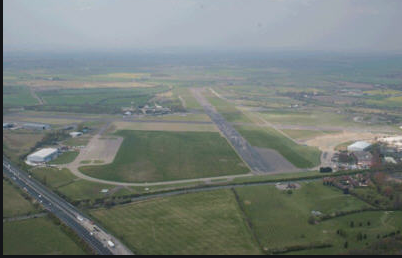 No indication has been given as to how many lorries or lorry movements would be generated by the use.

A report to the full council states: “We (the district council) are currently in negotiations with HRMC regards a two-year agreement to hire part of the airfield to use as a facility to circulate vehicles that are transporting high value goods.

“The vehicles will be visiting the site to have their documents stamped in order for them to pass through / visit the country.”

The report adds that HMRC could lease “an area of land for the operation of a HGV documentation check point at North Weald Airfield as part of the preparations for a no deal Brexit.

“This would have a number of benefits for EFDC including income generation, installation of services and utilities and development of a largely unused part of North Weald Airfield.”

The council has approved ‘special urgency’ status for the matter as it has been decided “any delay likely to be caused by the call-in process would seriously prejudice the council’s interests, as it would substantially lessen the time for negotiations with HMRC and thus the preparation time needed to prepare the airfield and surrounding roads for a no-deal exit from the European Union”.

Leader of Harlow Council, cllr Mark Ingall said: “The residents of Harlow will be concerned at this news. There is only one route from the M11 to North Weald airport and that is to exit at the Hastingwood roundabout.

This is also the only junction for residents of Harlow to enter or leave the town onto the motorway network. The lack of information as to the number of lorry movements caused by this decision leaves us in the dark as to how much extra congestion will be caused at this already over burdened junction.

“I also want to express my deep concern that our neighbours Epping Council have not involved us in their discussions at all, even though their decision will have far more impact on Harlow than it will on Epping.”