LAURA McAlpine, Harlow’s parliamentary candidate, met with residents in Terminus House this week to discuss housing conditions in the building and listen to the stories of residents.

This comes after the Children’s Commissioner’s report, which highlighted Harlow as a ‘hotbed’ for families being temporarily housed in old office blocks and growing concerns about fire safety after one broke out on the 14th floor last month. 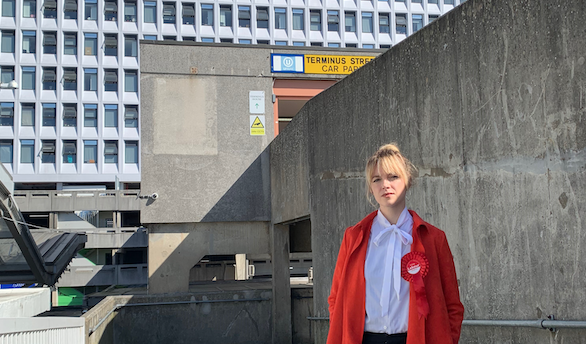 Laura McAlpine said after the meeting: “Talking to residents in Terminus House today has re-affirmed my conviction to campaign to stop housing of this nature. These matchbox houses in office blocks are not a home. They are completely unfit for purpose.”

“I spoke to a woman who told me about her neighbour who lives with her three sons. During the day, they are forced to move their mattresses into the corridor due to a complete lack of space. That is unacceptable in Britain in 2019.”

“Terminus House is just one of many examples of former office blocks being used as temporary housing in Harlow.”

“Reversing Tory legislation that allows for these matchbox houses will be central to my General Election campaign.”

“But, these families need action now.”

“This is why I am calling on London Borough councils to stop housing any further people in these blocks in Harlow and to rehouse those already living in them, as soon as possible. I will be working alongside Mark Ingall, our council leader, to that end.”

“This issue is one that comes up on the doorstep time and time again, as people in Harlow worry both for the residents in these blocks and those from Harlow waiting for a home, who are not helped at all by the conversion of old offices.”

“This is why I, along with your Labour Councillors, are acting on this issue now, because it cannot wait for an election”