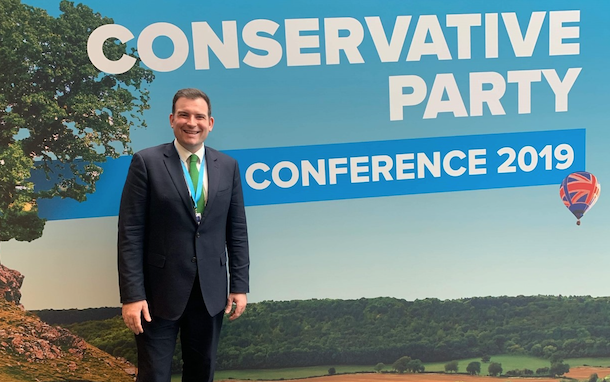 THE Prime Minister headed to Manchester for the Conservative Party Conference after another volatile week in Westminster. The opposition parties, keen to disrupt the conference, adopted the protest playbook from a second-rate student union. There is nothing mature about attempting to prevent the members of a mainstream political party from gathering to debate ideas and set out their vision for the country. The Prime Minister had two clear conference objectives: reassure the country that the Government is going to ‘get Brexit done’ and give the wider electorate an indication of what his post-Brexit domestic agenda will look like. He succeeded on both fronts.

Harlow hit the headlines for all the right reasons on Sunday when the Prime Minister announced that the Princess Alexandra Hospital would be one of six hospital trusts to benefit from £2.7 billion in government funding to build a new hospital. This is a major achievement for the hospital staff and leadership team at the Trust. Robert Halfon MP led the charge and his efforts mean residents will have better access to modern NHS facilities to help meet the healthcare needs of our ageing population.

Harlow voted 68% to leave. The Government is working hard, despite attempts by the Labour Party and Liberal Democrats to frustrate the Brexit process, to ensure the result of the EU referendum is respected. Deal or no deal – we are leaving the European Union on October 31st. The Prime Minister outlined in his main conference speech proposals for a new deal that is based on a reasonable compromise for all sides that respects the EU referendum. The previous deal did not take back control – it meant we could have been stuck under European law and the European court forever. Unlike the previous deal, the Government’s new deal means we will take back control of our laws and our borders. We cannot be trapped under European law like the previous deal. There is also a special arrangement for Northern Ireland that protects the Irish peace process and ensures democratic consent for the arrangement. The new deal will also mean that the UK leaves the customs union.

This year’s conference was full of optimism about the future. The membership is energised and keen to get out on the doorstep. Boris is focused on delivering the people’s priorities – investing in our schools, the NHS and funding the recruitment of more police officers. The conference season is over for another year and we are heading towards a General Election. Despite the fast-changing political landscape, Harlow is directly benefiting from the Prime Minister’s clear leadership.