Martin sadly passed away in September 2019 following a short illness.

Martin was a dedicated member of Harlow Town Cricket Club, a real gentleman of the game, a fantastic role model to all and an exceptional wicketkeeper in his day. For as long as most club members can remember, Martin had always been involved in on and off the field. 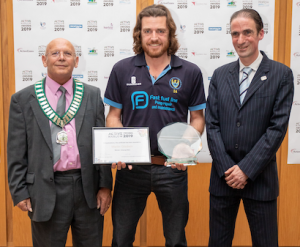 Martin aided the development of a junior section of Harlow Town Cricket Club in the 1990s when they were then known as Stort Cricket Club.

Martin coached many players throughout the years and almost all of the current home grown players in adult cricket at the club.

Martin had been Club President since 2001 and helped to rejuvenate the 50 Club and grow it to a 100 Club raising funds that helped towards almost every major purchase for the club.

Martin’s son plays in the first XI matches and Martin oversaw the first XI home match setup. Martin was a very proud member and President of the club, he will be sorely missed by all.