By Staff Reporter on December 9, 20195 Comments 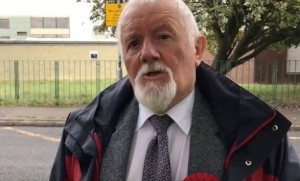 WE are now in the closing days of the election campaign and on Thursday the people of Harlow will make a choice on who is going to represent them in Parliament over the next five years.

On the one hand we have Robert Halfon who presents himself as a “good constituency MP”, who is willing to address local issues and to his credit has campaigned for a new Harlow Hospital and the M11 link. But from his campaign literature – you’d think he had done this on his own when it has very much been collaborative effort with the Hospital Authorities, District and County Councils.

He complains about Terminus House whilst at the same time voting for the Planning Laws which allowed these very same developments, over which District Councils have little or no control.

He complains about London Boroughs placing people in temporary accommodation in Harlow whilst voting for the Housing Benefit regulations which allow and encourage such activity to happen.

At the 2015 election hustings, despite evidence to the contrary, he denied that there was problem with school funding. His response to subsequent lobbying was one of if “individual schools can give me examples of the funding formulae being inappropriately applied then I will take the matter up on their behalf. Distancing himself from the fact that he had voted for the formulae (which failed to take into account increasing pupil numbers and increases in staff related costs) in the first place.

Once it became apparent that the Government could no longer pretend otherwise than there was and remains funding crisis he positions himself to say that he has actively campaigned for increased school budgets.

Equally he voted for cuts to Disability Benefits and for not increasing other benefits in line with inflation.

He voted for the introduction of Universal credit and the notorious waiting time (whereby the poorest claimants can have a repayable loan to cover the first five weeks of their claim where they receive no benefits).

He voted for the cuts to the Police Service, which resulted in the loss of over 20,000 Police Officers nationally and approximately 700 in Essex alone. With the resultant rise in crime, rise in anti-social behaviour and fall in successful prosecutions.

He also voted for changes in the legal system, the privatisation of the probation service and the loss of our County Court and Magistrates Courts.

Then when the situation becomes unbearable for Town Centre traders due to the cuts in the Police numbers in the first place, he joins the campaign for a greater Police presence in the Town Centre and throughout the Town.

On rough sleeping and the Food Bank he publicly supports local efforts – but at the same time distances himself from responsibility for voting for the very polices which have led Harlow Food Bank feeding 5,616 (3,612 adults & 2,004 children) people with emergency food in 2018/19. Food Bank referrals increasing by 37% compared to the same period in 2017/18.

I could give numerous other examples.

So on Thursday we will have a stark choice between Robert Halfon who claims to be “good constituency MP but whose votes in Parliament have had disastrous consequences for his constituents. And Laura McAlpine the Labour Party Candidate who has lived in the town all her life and who knows Harlow inside out and backwards.

Laura will not only make “a good constituency MP” but will also vote for policies which will enrich and not impoverish Harlow’s residents.

5 Responses to "Letter to Editor: GE19: Harlow Labour councillor looks at the choices…"