Covid-19: The number of deaths at PAH in Harlow remains at 198 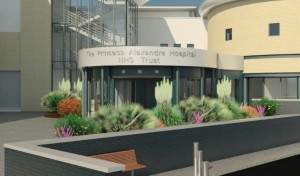 THE NUMBER of deaths reported to NHS England by Princess Alexandra Hospital (PAH) remains at 198.

That is no change from yesterday’s figure.

It appears the figure of 42 deaths in March has been reduced to 35.

Readers may recall that back in March, a number of deaths attributed to PAH should have been attributed to Queen Alexandra Hospital (QAH) in Portsmouth.

YH has checked and deaths for the Portsmouth Hospitals Trust appear to have risen by eight in one day. We will try and get this confirmed.

Back at PAH, there has been one death reported since Thursday.

On Thursday May 21st: 0 deaths

On Wednesday May 20th: 0 deaths

On Saturday May 16th: 0 deaths

On Thursday May 14th: 1 deaths

On Wednesday May 13th: 1 death

On Saturday May 9th: 0 deaths

On Thursday May 7th: 0 deaths

On Wednesday May 6th: 0 deaths

On Tuesday May 5th: 0 deaths

On Monday May 4th: 0 deaths

On Sunday May 3rd: 0 deaths

On Saturday May 2nd: 1 death

On Friday May 1st: 2 deaths

Click onto our Covid-19 channel for testimony from people who have recovered.

Full details of recovery rates have yet to be released.

Nor have full details of deaths in care homes and in the community.

For your guidance, we have been told in the past that Harlow residents make up just over 40% of the client base of Princess Alexandra Hospital.

Please also note that according to the NHS England data, “data is likely to change”.

Our thoughts are with all families and friends who have suffered a loss.

One Response to "Covid-19: The number of deaths at PAH in Harlow remains at 198"