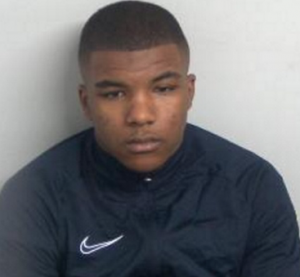 A DRUG dealer who ran a so-called “county line” supplying the Class A drugs heroin and crack cocaine is now behind bars thanks to Essex Police’s West Operation Raptor team.

Malakai Campbell, 19, of Ram Gorse, Harlow has been jailed for more than two years after officers proved he was running the drug dealing line, known as “Reggie”.

Chelmsford Crown Court heard how Campbell came to the attention of officers after contact numbers for the “Reggie” line were found on numerous mobile phones found during an un-related investigation into drug supply.

Officers from the West Operation Raptor team launched a separate investigation into the line which culminated with the execution of a warrant at Campbell’s home in Harlow on 17 October last year.

On searching his home officers found: over £1,700 in cash; various mobile phones; three bags of cannabis; wraps of crack and heroin; five bags containing crack and heroin worth £2,000; and a large combat knife.

Campbell was arrested, charged and pleaded guilty at Chelmsford Crown Court to two counts of possession of a Class A drug with intent to supply, two counts of being concerned in the supply of Class a drugs and possessing a Class B drug. He was jailed for 28 months.

Following the case Det Sgt James Paget of the West Operation Raptor team said: “This case is another example of our commitment to removing drug dealers, drugs and weapons from the streets of Essex.

“It was clear from the evidence that we found at Campbell’s home that he was running the Class A drug supplying line, known to his customers as ‘Reggie’.

“Criminals like Campbell may think they can earn money from selling drugs on the streets of our county, but they are sorely mistaken, Operation Raptor are not prepared to let that happen.”

Campbell was sentenced at Chelmsford Crown Court on Monday 15 June.