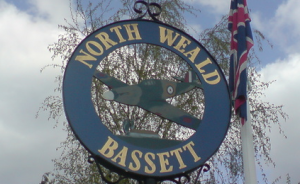 NORTH Weald Bassett Parish Council is awaiting a response from the leader of Harlow Council and the council’s environment portfolio holder after proposals emerged for a tram service linking the Harlow-Gilston development with Harlow, North Weald and Epping.

Parish council officer Adriana Jones told Monday’s parish council meeting that both she and parish clerk Sue De Luca were “very unhappy” that the parish council had not been approached over the proposals.

Harlow Council’s environment portfolio holder Danny Purton, in an interview with Your Harlow, said that the Harlow Labour Party idea had been discussed with Epping Forest District Council and Epping Ongar Railway.

A statement on the Harlow Labour Party website stated: “Running on tyres along single track with passing places controlled by GPS, the trams will run mostly off-road but sometimes as through the town centre along existing routes.

“A network will link with Gilston to the north – Enterprise Zone – Churchgate Street – the new hospital to the east and other routes to the west and south and even under a joint project with Epping be extended through North Weald to the Central Line.”

The parish council has also approached Epping Ongar Railway general manager Dean Walton for a statement about the situation.

Mrs Jones said any such scheme would have “such an impact on North Weald” that the matter should have been discussed with the parish council before being made public.