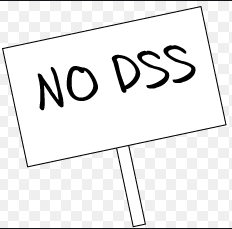 In a case that was heard at the York County Court at the start of this month, a 44-year-old disabled single mother of two challenged a letting agent for rejecting her application for a privately rented property on the basis of her being in receipt of housing benefit.

District Judge Victoria Elizabeth Mark found that the letting agent was in breach of the Equality Act for operating a policy of refusing to rent to individuals on benefits. The defendant ceased operating this policy in June 2019.

Such policies have become widely known as No DSS policies in reference to the now abolished Department of Social Security.

In the judgement, District Judge Mark said the defendant’s former policy was “unlawfully indirectly discriminatory on the grounds of sex and disability contrary to Sections 19 and 29 of the Equality Act 2010”.

The case was led by the strategic litigation team at Shelter, which has campaigned on the issue of No DSS discrimination for several years.

In 2018, research by Shelter and the National Housing Federation found that at least one in 10 homes for rent advertised online said the home would not be rented to those on housing benefit.

The research found that No DSS policies especially disadvantage women and disabled people as they are more likely to receive housing benefit.

As a result of the ruling, the defendant has been ordered to pay the claimant £3,500, alongside their legal costs.

The case was supported by the Equality and Human Rights Commission, the Nationwide Foundation and barrister Tessa Buchanan at Garden Court Chambers.

Rose Arnall, the Shelter solicitor who led the case, said:  “This is the first time a court has fully considered a case like this. It finally clarifies that discriminating against people in need of housing benefit is not just morally wrong, it is against the law.

“Shelter has been fighting No DSS for nearly two years, and this win in the courts is what’s needed to end these discriminatory practices for good. This sends a huge signal to letting agents and landlords that they must end these practices and do so immediately.”

Polly Neate, chief executive at Shelter, said: “This momentous ruling should be the nail in the coffin for No DSS discrimination. It will help give security and stability to people who unfairly struggle to find a place to live just because they receive housing benefit.

“Shelter’s No DSS campaign has had a tough fight for people’s right to a safe home. Congratulations to everyone involved for this huge win; it will change so many lives.”

Luke Hall, minister for rough sleeping and housing, said: “Everyone should have the same opportunity when looking for a home and discriminating against someone simply because they receive benefits has no place in a modern housing market.

“That’s why we have been working with landlords and letting agents to help ensure prospective tenants are treated on an individual basis and that benefits are not seen as a barrier to giving someone a place to live.”

One Response to "‘No DSS’ discrimination ruled unlawful in landmark case"