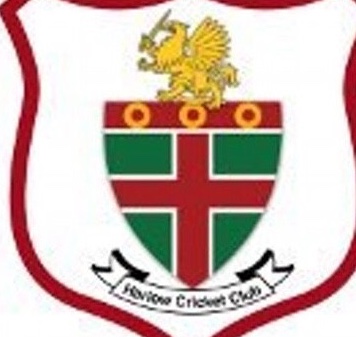 HARLOW, having won the toss, elected to field against a team which had two former players in their ranks in Ahmed Khawaja and Andy McGarry. Old Souths got off to a good start and wickets were hard to find for Harlow.

Former player Khawaja came back and hit 117 off 112 balls before being bowled by Nicky Baxter. Old Souths had scored 53 before the loss of the first wicket bowled by Mitch Howarde caught by Ross Vasani, who went on to take the next wicket with the score at 162. Another 94 runs where added before the wicket of Khawaja fell with the score on 256. Nicky Baxter took a second wicket to finish with 51-2 and at the end of their overs Old Souths were on 270- 4, a big score for Harlow to chase.

Harlow got off to the worse possible start losing a wicket with no runs scored, wicket taker former Harlow player Andy McGarry who was also to torment Harlow by taking a further two wickets in the game.

Harlow battled on but wickets fell and the score was 55-4 with Luke Monger falling on 39 and it looked as though the batting curse was back again. Soulat Ali came to the crease and with Nicky Baxter moved the score onto 112 with Ali going for 26 LBW to McGarry. Nicky Baxter finally went for 56 with the score at 173-8. Harlow held out to finish on 206-8 and the match drawn. Five of the wickets went LBW, three for McGarry and two for Khawaja who after being stopped from bowling at Harlow due to his action was now allowed to bowl again. McGarry finished with figures of 37-3 and Khawaja 34-2.

Harlow 2nd XI 139-4 beat Loughton 2nd XI 136 all out comfortably. Having won the toss Loughton opted to bat. Harlow soon had wickets falling and bowled them out in 38.3 overs. Four wickets each for Danny Stone 34-4 and Zabi Hakimi 11-4. Other two wickets were taken by Joe Riddell and captain Lewis Aldred. Batting in reply Zabi Hakimi continued with the bat scoring 35 and Ryan Jessey top scoring with 42 and Ben Yeats to get the required runs to win with plenty of wickets in hand.
Harlow 3rd XI 200 all out were the only team to lose after Woodford Wells put into bat by Harlow scored 324-8 off allocated 50 overs. The damage was done by just two players Neal 116 and Caplan 120 for Woodford Wells. Amir Farooq was pick of the bowlers taking 47-6. In reply Harlow were all bowled out for 200, top scorer was Syed Mughees Hassan for 51 with Faisal Javed with 39.

Harlow 4th XI 230-9 drew with Ilford 251-8 batting second. Bowling there was three wickets each for Tyler Dobson 61-3 and Omar Qureshi 67-3. In reply Harlow could not chase down the score. Top batsman was Harry Burton with 51, and five other batsman scored 20 runs or more but Harlow run out of overs.
Next week 1st XI are away to Wickford with 2nd & 3rd XI at home to Hutton and Wanstead and Snaresbrook. 4th XI away to Southend on Sea.