Bernie Ryan: One of Harlow’s great Irishmen passes away 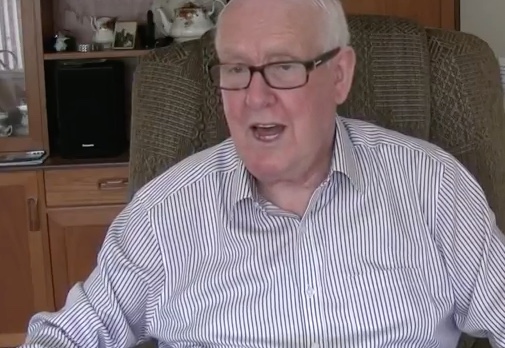 IT IS with great sadness that we announce the death of Bernie Ryan, aged 89.

Bernie died after a short illness.

Bernie was one of the thousands of Irish men and women who came live in Harlow in the fifties. They made it their home, they raised their children, they worked hard and they left an indelible mark on life in this town.

Bernie always had a smile on his face and a kind word for everyone.

A devout Catholic he will be missed by Fr Soley and the congregation at Holy Cross Church.

When I was commissioned to interview seventy people on why they came to live in Harlow for the seventieth birthday of Harlow New Town, one of the first on my list was Bernie Ryan. I was well aware that he would be a treasured subject. He was a friend of my fathers and sadly their generation was passing on.

We will supply further details from his family in due course. Our sympathies go with John and Jackie and their family. Bernie joins his wife Angela.

Below is our film of Bernie filmed, fittingly on St Patrick’s Day, 2017.