Review: Have a ball and go to see Cinderella at the Harlow Playhouse 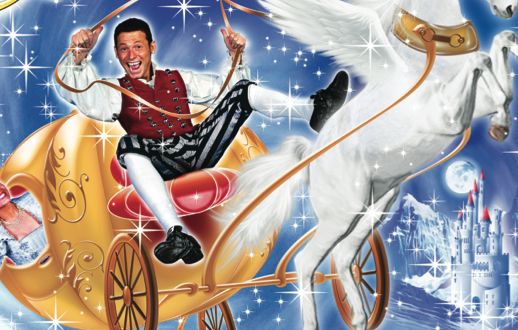 THE BIGGEST challenge for any pantomime is be all things to all people. The right balance of songs, characters, jokes, banter, stuff for the little ones and stuff for the grown ups. It should have a balance of show tunes and dancing worthy of the West End as well as a homespun charm that has echoes of “We’ll do the show right here”

Suffice to say, the Harlow Playhouse production of Cinderella has it all. Our YT test is to bring three generations of our team to the panto. The five-year-old was entranced, the twenty-something very impressed and the more mature reps thought it was a first class piece of entertainment.

So what did they get so right. We are always impressed with the sets at any Harlow Playhouse panto and this one, by ASH productions was no exception. If the sets “wow” then the audience immediately feel the show has gone to some lengths to impress. The same can be said of the costumes (especially the ugly sisters cavalcade of kitschy outfits!.

Next: the cast fit perfectly. Lauren Nevin was a lovely Cinderella. Full of charm and beauty, a great voice and a lovely actress. The same can be said of Prince Charming, played by James Poole. It isn’t an easy being what is essentially a straight man in a cast full of characters but James, like Lauren, he played his part with skill and a nice touch.

After the leads, we get to the characters. Let us start with the star. Joe Swash has a wonderful expansive personality. An engaging character, on and off the stage. It is no wonder that he won “I’m a celebrity” and no wonder they invited him back. He works the stage, the corners, the audience, both front, back and middle and does his very best to make sure the show keeps running. We think it is fair to say, that it would be very hard for a panto with Joe Swash to fail as he will work so hard to make sure it succeeds. And “sure hands Swash” knows how to catch a pumpkin!

The ugly sisters were a tour-de-force. We have no idea of there was any ad-libbing going on. We like to think there was. Because the scenes where things were teetering on the edge were some of the highlights of our year! Paul Leno and Anthony Stuart-Hicks were magnificent. From good old fashioned music hall slapstick to two Exorcist references!

This cast also had a number of unsung heroes. Firstly, the best singer in Rachel Cantrill, the fairy godmother. A West Midlands fairy godmother, who started to develop into an uncanny impression of Mrs Overall! But boy could she sing.

There was also Dandini played by Joshua Dowen. He came with an assortment of martial arts moves but James had a real discipline and presence on that stage. Joshua was not only funny in word but also as a physical comedian.

Much credit must go to the director and choreographer, who produced great musical numbers, a stunning flying horse and carriage as well as paced the whole panto perfectly.

The audience were on their feet on many occasions and also burst into applause on a number of occasions.

This deserves to be a bumper year for the Harlow Playhouse pantomime. It has the panto to grace its stage.