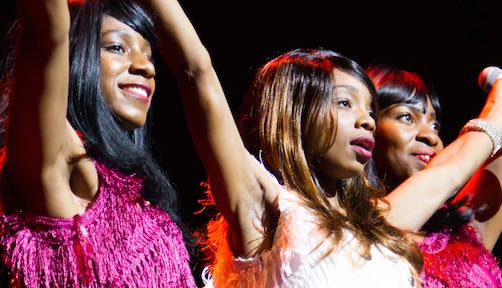 BILLED as “the feel good show of the year”, brand-new smash-hit, Stateside spectacular Soul Legends is coming to town.

Show producer Michael Taylor says: “It’s all aboard the sensational soul train show of the year.

“We embark from soul’s heady Sixties origins. . . steaming, non-stop, through to the present day. . .via everyone’s favourite Seventies and Eighties dance classics.”

Michael says that only a production featuring an all-star cast, truly gifted musicians, elaborately authentic costumes and jaw-dropping choreography could do justice to the passion and fervour of everyone’s favourite soul classics.

These include: Respect, Soul Man, Ain’t Nobody, Knock On Wood, Midnight Hour, Proud Mary, You’re My First My Last My Everything, Best Of My Love, River Deep Mountain High, Ain’t No Stopping Us Now, Beat It, Three Times a Lady, Get Down on It, I Feel Good. . . and many, many more.

For further details go to www.playhouseharlow.co.uk