Come to Harlow Playhouse to hear the Billy Joel songbook 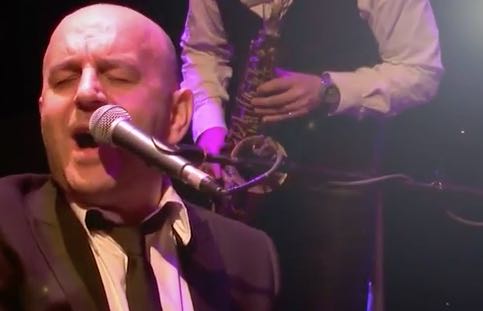 Speaking about being a part of these shows, Elio said, “It was thanks to the power of social media. A ʻfriendʼ from New York had heard that Billy Joelʼs original 1971 bass guitarist, Larry Russell, was looking for a piano-player and singer to feature in these reunion concerts. My ʻfriendʼ sent Larry a message telling him to check me out on Youtube. Larry did just that, then contacted me to offer me the opportunity to front the reunion. Of course I was honoured and accepted immediately. It was an amazing couple of nights and it was there and then that I decided it was time for me to fulfil a dream and create my own show of Billy Joel’s music which I could take to theatres with my own band and that’s how ‘Elio Pace performs The Billy Joel Songbook’ came about. I can’t think of anything better than to go to work singing Billy Joel songs and coming home inspired to write more of
    my own.”

The VERY FIRST EVER UK Billy Joel Songbook theatre tour has been booked to play at over 70 venues so far this year all over the UK & Ireland. To find out more about Elio Pace and to buy tickets online for The Billy Joel Songbook, visit www.eliopace.com

Amidst his mammoth ʻBilly Joel Songbookʼ touring schedule, here in the UK & Ireland, Elio returned to America in August 2014 to once again recreate the historic Sigma Sounds live recordings with Billy Joelʼs original 1971-72 touring band in a series of concerts around the country.

Here are some wonderful words about Elio by some great people…

“Elio is a treasure trove of musical knowledge. It literally flows through his
fingers… if musicians had Jedi masters, he would be one” Raul Malo “A dazzling talent whose music appeals to all generations” Albert Lee

“Elio Pace is fierce! An accomplished musician and performer, his talent can be equalled only by his infectious enthusiasm” Lulu

“The minute I first set eyes on Elio – as the leader of the band in one of my musicals – I knew that he was special. In a world of wannabes, nearlies, and tryers – he was the real thing. Energy, talent, a voice to die for – and boy can he rock ‘n’ roll. He is also a lovely guy and deserves all of the accolades that he quite rightly receives. Respect Elio!” Bill Kenwright

“Elio Pace is a great musician, artist and friend. He is a star!” Alfie Boe

“Elio is a fantastic musician and a great artist in his own right, and I really look
forward to working with him again in the future” Chris De Burgh