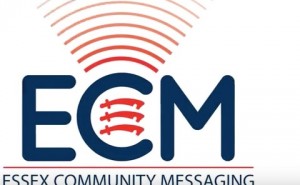 WE attended the Essex Police crime meeting on Wednesday night over at Waterhouse Moor.

Essex Community Messaging (ECM) is a service which you can use to keep informed about the kind of crime and policing issues which affect you.

It has been running for over a year. Back in September 2014, YH tried to sign up for it but it did not recognise CM18 as a postcode. We tried several times. It was one of those moments where you think it might be you. Until last night.

Whilst Essex Police were imploring Harlow residents to use it, the chair of the Berecroft Residents Association, Zulqar Cheema spoke from the floor and made the same observation. When it comes to Harlow, computer said no. Bush Fair councillor, Ian Beckett said he had the same problem and made it known to PCSOs. Then again, we won’t have that situation again as they are getting rid of most of the PCSOs.