Snow White at the Harlow Playhouse Pantomime: “Everything you could wish for in a panto!” 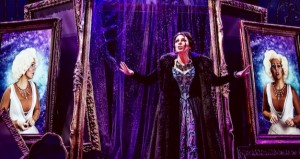 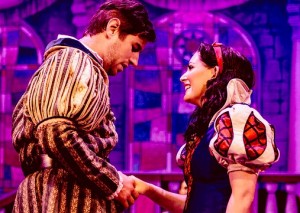 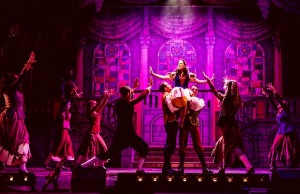 THE HARLOW Playhouse production of Snow White and the Seven Dwarfs was everything that every pantomime could wish itself to be.

From the very beginning, the cast gave it everything, in order to ensure that the crowd were thoroughly entertained.

Much of the credit must go down to Tom Swift, who played Muddles. Tom, a combination of Peter Kay and Brian Conley took the panto by the scruff of the neck and ensured that he had the audience laughing from the very first minute.

But this was a panto that had very high production standards. With the use of plasma screens and wonderfully vivid costumes, it was like watching the panto in High Definiton.

The sets were spectacular and there is one particular special effect in the second half that is worth the entrance fee alone. We won’t give away the surprise but it had children and adults in awe.

The panto also had moments when the audience were on their feet, not only as part of the participation but in giving out well-deserved rounds of applause.

This was also an ensemble piece, where the cast interacted so well. Jimmy Burton-Iles as Dame Mary Berry Bakewell was a perfect foil for Muddles. We know that the CBBC fans loved their scenes together, especially the kitchen ones.

Nicola Weeks was a soft and tender Snow White and Amanda Swift showed great dexterity by playing with Lucinda and Lucretia. We also liked the portrayal of Prince William by Jake Hendricks which didn’t entirely buy into the usual stereotype. Hat-tip to Ben Parsley as Boris who we have seen both at the Harlow Playhouse and Victoria Theatre and never puts a foot wrong.

And how could we forget the seven dwarfs who brought a lot of fun to the proceeding with their run-filled performances.

You can always rely on the Harlow Playhouse to produce a totally professional pantomime. But on this occasion, they have taken their standards to a whole new level.

Theatre newspaper, The Stage also gave fulsome praise in their review and they are not easy people to please.

Make this part of your Christmas experience in Harlow. It is worth every penny!