EMOTIONAL tributes were made at a Harlow Council meeting after the death of the former council leader, Martin Lawn was announced.

Cllr Mike Danvers delivered a eulogy in tribute to Martin. All councillors then stood to make a minutes silence.

Cllr Danvers eulogy begins at nine minute mark of the film below. 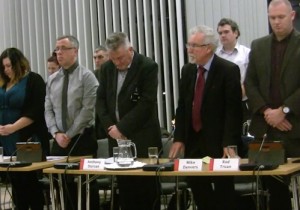