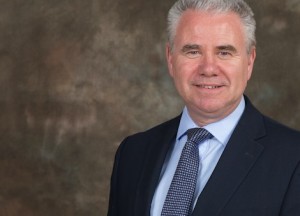 THE Chief Executive of Harlow Council, Malcolm Morley, is to receive an OBE for his services to local government.

The New Year’s Honours list 2016, published on 30 December 2015, recognises the achievements of a wide range of people across the UK.

Mr Morley who joined Harlow Council in 2003 has been awarded an OBE which stands for Officer of the Most Excellent Order of the British Empire.

Honours lists are published at New Year and on The Queen’s official birthday in June.

Malcolm Morley, said: “I am honoured and delighted to be awarded an OBE for services to local government. I would like to thank those who nominated and supported me for this award. I have had the privilege to work closely with some great colleagues, politicians and partner organisations in Harlow and beyond over many years and I feel that this award is also recognition for their great work.”

Councillor Jon Clempner, Leader of Harlow Council, said: “I would like to congratulate Malcolm Morley, along with local residents Brenda Taylor and Shaun Rayner, who have made the New Year honours list for the valuable work they do and the difference they make. Malcolm’s award is in recognition of his work in local government as Chief Executive of Harlow Council over the last decade or so. It is great to see Harlow in the news for positive reasons once again.”

Councillor Andrew Johnson, Leader of the Conservative Group on Harlow Council, said: “I wish to congratulate the Chief Executive on this fantastic achievement which is recognition of all that he has done and does for the town. It is also good to see other Council staff and Councillors from across the country being recognised on this year’s honours list for the work and the role they do for the communities they serve. I am also expressing my congratulations to local residents Brenda Taylor and Shaun Rayner who are also being honoured making this a very proud moment for Harlow.”

Councillor Bill Pryor, Leader of the Harlow UKIP Group on Harlow Council, said: “On behalf of my group I congratulate Malcolm for the excellent work for many years he has provided for Harlow Council. We thank him on behalf of the residents we serve. My congratulations also go to local residents Brenda Taylor and Shaun Rayner who are being rewarded for their community work.”