Junior Doctors’ on strike in Harlow 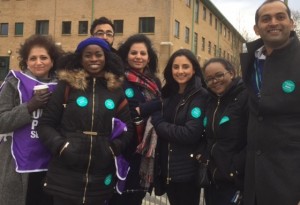 JUNIOR DOCTORS cam out on strike in Harlow today (Tuesday).

Junior doctors’ leaders are objecting to the prospect of a new contract in England.

The government has described the current arrangements as “outdated” and “unfair”, pointing out they were introduced in the 1990s.

Ministers drew up plans to change the contract in 2012, but talks broke down in 2014.

The government has indicated it will impose the new contract in England and the British Medical Association (BMA) has responded by initiating the industrial action process.

YH spoke to Dr Shalan Padayachee outside the hospital.