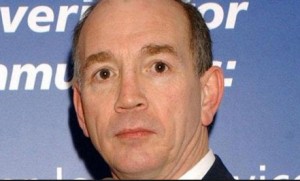 THE UKIP candidate for the Police and Crime Commissioner post in 2016 has reached with anger at the decision by Essex Police to raise their part of the council tax for 2016-17.

“At the same time he increased the Police council tax precept and announced spending on a new police HQ for senior officers.

An ‘incandescent’ Spink, UKIP’s, accuses Alston of ‘treating Essex people like fools’, saying: ‘he thinks we should be pleased to pay more for less’.

‘The way to defend Essex police is to challenge Government spending priorities and force equal funding for all UK police forces which would solve Essex police funding problems. But Tories will not challenge their own Government policies, however bad they are.

‘Just a 2% cut in questionable Overseas Aid and EU subsidies would remove the need for police cuts across Britain without increasing council tax. Sadly, Tory Councillors do not have the ability or inclination to challenge their own Government at Westminster.

‘People can send these out of touch Tories a message at the elections in May. It’s time to get the priorities right and turn the screw on crime.’