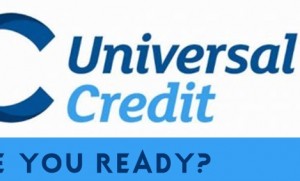 JOBCENTRE Plus chiefs are promoting the importance of a controversial payment system which launched last week in Harlow.

Universal Credit will replace the six existing types of benefit to offer a single monthly payment for eligible people in and out of work.

“For us it’s all quite new,” said Mike King, 52, manager of Harlow Jobcentre Plus in Crown Gate.

“The 14 Jobcentre Plus branches in Essex are among the last to adopt Universal Credit which began being rolled out nationwide in March 2015.

“Some of our staff went away for three weeks training (about how Universal Credit works) and we’re all quite excited to come back and start.

The system is designed to simplify the process of claiming state payments which the Government hope will save money by reducing red tape while cutting down on benefit fraud and overpayments.

At present only newly unemployed people will claim Universal Credit and those claiming other benefits being phased out should carry on doing so until being instructed differently.

People may now be advised by Jobcentre Plus to begin claiming payment under the new system if their circumstances change.

Mr King said: “We’re still waiting for our first claims but in the 80 per cent of the country’s job centres where UC is running most found that claims didn’t all come in straight away.

“As the weeks go on I think we will be taking more and more claims and the number of cases logged will build up over time. People will be pushed towards Universal Credit.”

Latest Government figures state that in total 320,000 people have claimed under the new system while for every 100 people finding a job under Job Seekers Allowance 113 have under Universal Credit.

“The big change is that it’s supportive all the way through once someone makes a claim and they go into work it still supports them,” he said.

“Their work coach will still support them if they have any issues. If they are made unemployed again their claim will remain open. There are a number of ways of getting support.