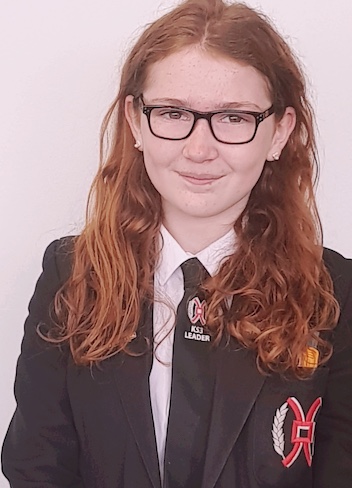 A young writer from a Harlow school has been named as one of the top 150 out of 39,000 students who entered a national competition.

A story written by Lauren Burgess, Year 8 at Burnt Mill Academy, is one of the top regional winners in the National Young Writers’ Awards.

Her story, called Pawns, was selected as one of the best 150 entries.

The competition, organised by tuition provider Explore Learning, invited children from across the UK to write a 500-word story about heroes – whether that be their parents, a policeman or their idol.

The final of the competition was judged by TV personality and best-selling author David Walliams.

He said: “I was overwhelmed by the quality and creativity of the stories I was reading and was so impressed that this broad range of exciting ideas have come from such young writers. Each piece of writing drew me in and kept me captivated by clever and observant story lines and engaging characters.

“We definitely have some future star authors here.”

Lauren received a certificate, revision books for English, maths and science and a reading book, as well as personalised feedback from one of the Explore Learning tutors.

Charlotte Gater, head of curriculum at Explore Learning, said: “This year’s National Young Writers’ Awards attracted a record number of entries, so Lauren Burgess should be very proud of her success.

“We were blown away by the number of children who were inspired to write heroic tales. It is amazing to have David pick our winning entry this year and clearly inspire so many children to put pen to paper.

“Well done to everyone who entered who has set the bar so high for next year!”
Dee Conlon, deputy headteacher, said: “When Lauren read her story to staff in our weekly briefing, there wasn’t a single dry eye in the room. Not only did we get emotional because of her heartfelt story, but also because we were bursting with pride.
“A huge well done to Lauren; she definitely is my hero!”