Art café set up to raise money for charity.

AN art café has been set up to raise money for charity. 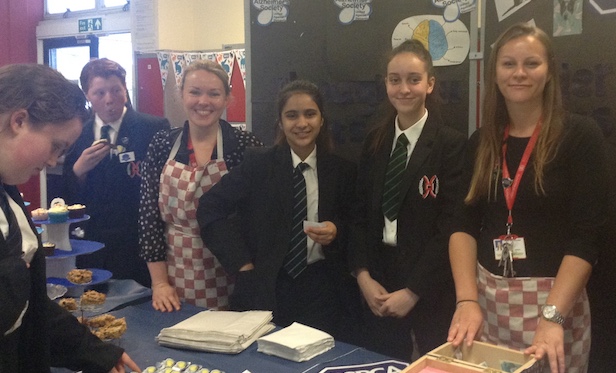 Year 9, 10 and 11 art, photography, textiles and food technology students at Burnt Mill Academy, in Harlow, have been working on the event purely in the name of charity.

The 90 students had to design a project which would raise money and justify why they had chosen the charity they had.

They presented their ideas to the class and a panel of judges selected what they thought were the best ideas.

The Art Café – the first of its kind at the school – was opened on two days, where students displayed and sold their artwork, took commissions and held a cake sale to raise money for the Alzheimer’s Society and the RSPCA.

Siobhan Brignal, ADT teacher, said: “This project was a great success. It was an opportunity for students to give to charities which they had personal experiences with and were passionate about.”

Year 9 student Ava Robertson-Gray said: “We chose to support the Alzheimer’s Society because my step-grandad died of Alzheimer’s over a year ago.

“He was in a care home for four years as we slowly lost him. I cherished every moment I had with him and chose the charity in memory of him. It is a very important charity to me as they can help other families and people going through and suffering from the disease.”