ON Friday, Robert Halfon, MP for Harlow, was welcomed by Sophie Laing, Headteacher at Little Pardon Primary Academy, and opened the academy’s brand new library and their Sensory Room. 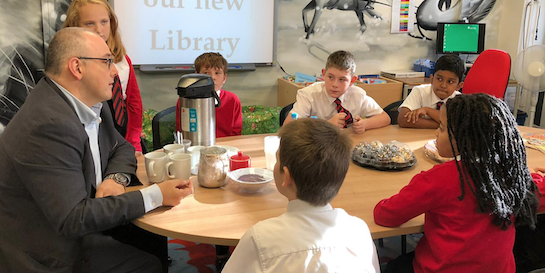 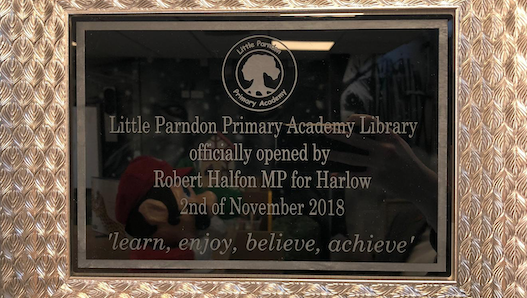 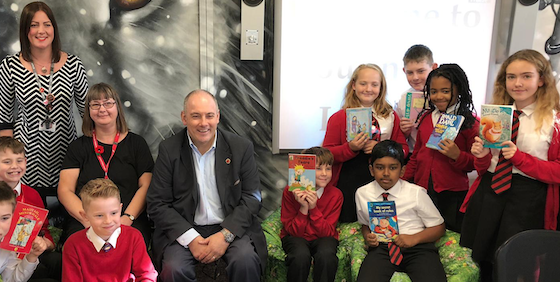 Mr Halfon said “As a champion of education, I welcome this brand new library facility at Little Parndon as it will encourage the pupils to read which will only help them with their education. Reading exercises a child’s imagine and develops their creative writing skills to a whole new level. Little Parndon’s new library is something to cherish and will make a real, positive difference at the school.”

Little Parndon Primary Academy also unveiled their plaque to Robert, marking the library’s official opening. Robert described having a plaque at the academy as “a real honour”.

While at the academy, Robert was also pleased to officially open Little Parndon’s new Sensory Room. Mrs Laing kindly explained that the space would act as a calming area to all pupils who required a safe and quiet space.

“The Sensory Room is astonishing,” Mr Halfon remarked. “The area provides a calming environment for pupils who may find mainstream education challenging. The staff at Little Parndon are a real credit and I would like to thank them all for their hard work.”