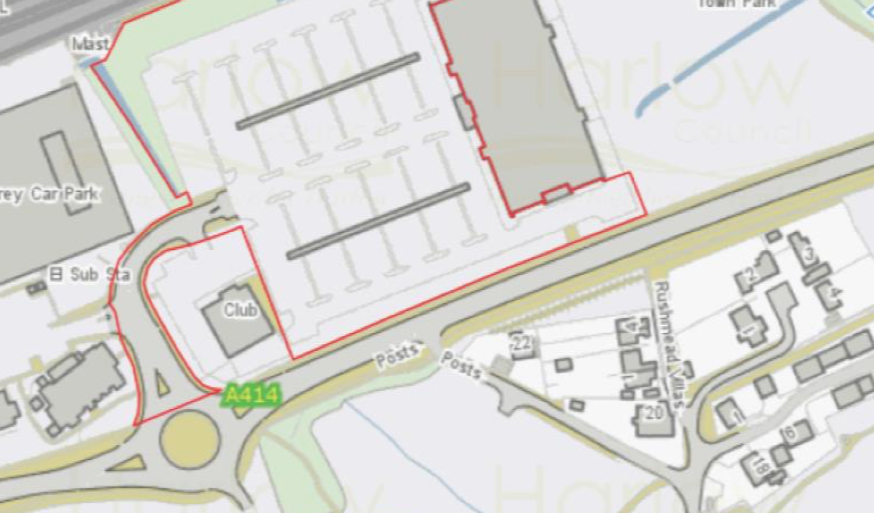 A PLANNING bid for over 350 homes on the site of a car park near to Harlow Town railway station is set to go before Harlow Council’s planning committee on Wednesday night.

The meeting is at 7.30pm at the Civic Offices in The Water Gardens.

The application is as follows:

The application site is located to the north of Edinburgh Way and comprises approximately 2.2 hectares of land. The site includes the car park serving Pearson House.

Pearson House won the Non-Residential Design Award at the Harlow Architectural Design Awards in 2016. The building is six storeys in height and is being converted into 250 dwellings under prior approval application HW/COUOR/17/00295. A roof extension to provide a further 8 dwellings was granted planning permission under application reference HW/FUL/17/00562, and is also currently under construction.

Pearson House is not located within the application site but forms part of the eastern site boundary.

The site increases in land height by approximately 1m from north to south and is almost entirely laid to concrete block paving, punctuated by limited tree and hedge planting.
The existing vehicular access is along Edinburgh Gate via the roundabout with Edinburgh Way. There are no public rights of way across the site.

The site is located by Green Wedge to the north, east, south and south-west. The land beyond the northernmost limit of the district is within the Green Belt. Pearson House, the application site and much of the land to the west of it, to the north of Elizabeth Way and Edinburgh Way, form a designated Employment Area.
The northern boundary of the site is formed by dense vegetation that aligns with the railway and this, along with a similarly dense band of greenery at the south end along Edinburgh Way, gives the site an enclosed feel.

The application site is located within Flood Zones 1, 2 and 3a. The drainage ditch network connecting to the River Stort runs through the site, and there are drains along the northern and western boundaries.

There are listed buildings located within the immediate vicinity including the train station to the west and Marshgate Farmhouse to the south in the Town Park, which are both Grade II Listed.

Planning permission is sought for the redevelopment of the existing car park to provide 361 dwellings. There would be 138 one-bed units, 221 two-bed units and 2 three-bed units.

The proposed development would utilise the existing vehicular access from Edinburgh Way. This would connect to a new tree lined Central Avenue which would run west to east through the site and would lead to a shared surface Arrivals Plaza fronting Pearson House.

The first building would be located towards the north of the Central Avenue (adjacent to the railway line) and include three blocks (blocks A, B and C). Blocks A and C would have nine storeys and Block B would be between them and have 11 storeys. The three blocks would be connected by four storey linking sections fronting the Central Avenue and two storey sections on their northern side facing the railway line.

The second building would be to the south of the Central Avenue (adjacent to Edinburgh Way) and would include two blocks (blocks D and E). Block D would be at the western end of the building have eight storeys and Block E would be at the eastern end and have nine storeys. The blocks would also be connected by four storey linking sections fronting the Central Avenue and two storey sections on their southern side facing Edinburgh Way.

There would be three residential courtyards, positioned at second floor level, between blocks A and B, blocks B and C and blocks D and E. There would also be a communal open space to the south of the Arrivals Plaza.

The number of dwellings has been reduced from 376 to 361 dwellings to reduce the height of the proposal as a result of comments received as part of the consultation process.