Review: Mongrel at the Harlow Playhouse 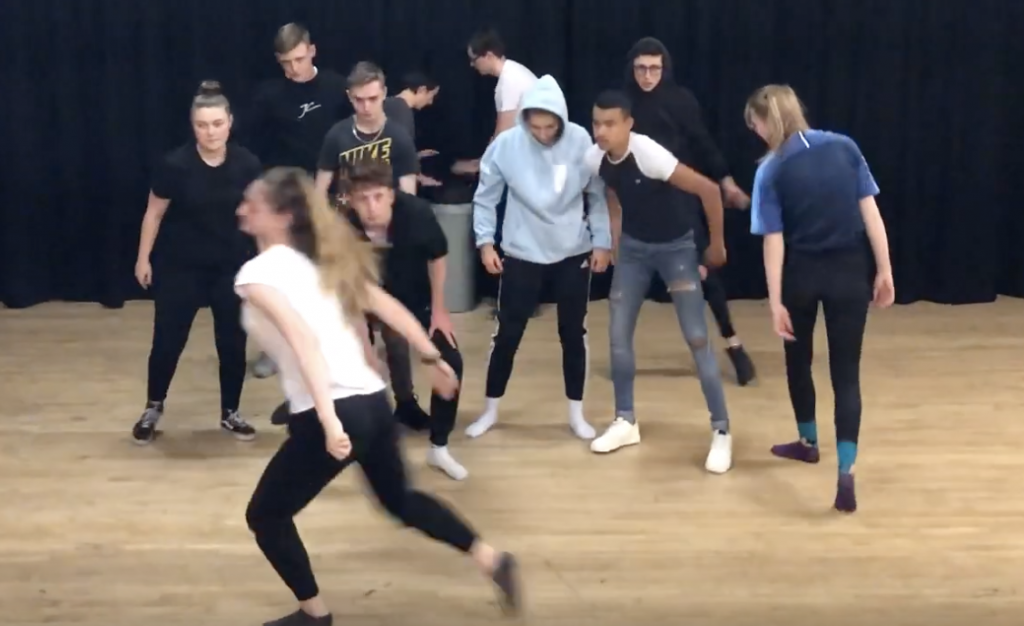 MONGREL is an original play by Harry Bailey and Leo Shepherd in association with Harlow Playhouse Young Practitioners and Harlow College Performing Arts.

This was a hard hitting play that covered the subjects of knife crime, grief, bullying and friendship to name just a few.

For such young people to take on the aforementioned topics was really brave. They also told the story using as much multi media as possible.

The success of this piece of immersive story-telling was that it really did immerse you in all the lives. Leo Shepherd was superb as Alfie. A tragic, sensitive lost boy, you felt for him the whole way. It was an understated but memorable performance.

He was ably assisted by his nemesis Reggie, played by Harry Bailey.. Boy was Harry menacing. One day we may well see Harry gracing our screens as a prince of darkness, he really does convey those dark emotions.

This was a real ensemble piece and it would not have worked without the high quality acting but also the discipline needed to pull off such a piece.

Thi reviewer thought MacKenzie Favell as Joe was superb. Like a younger James Corden. He played comedy and tragedy equally well and was such a great foil for Alfie. The same could be said for Olivia, played by Jamie Leanne Wheatland who was such a breath of fresh air and lit up each scene she was in.

As an ensemble piece every actor gave it 100% and never wasted a line. This is the second time we have seen Johnathon Martin and it is a delight to see his comedic canoes. Lauren Kirk didn’t have a lot of lines by she was memorably nasty at every turn.

Another impressive facet was the dance and choreography which was perfect. It highlighted the talent of the actors such as Kacie White will be a solid nasty school mate one second and an outstanding dancer the next.

We also hope that David Woolcott is on after hurting his knee in the first half.

We cannot mention everyone but from the dark gothic voice of Claudia Agnes, the gang members Marlie James and Joe Sabbarton to Ciaran Cross as Mr Cross, they really added so much depth to the performance.

Criticisms: It could have benefitted from a touch of editing. Couldn’t quite see the point (ironically) of one of the funniest scenes (the Sexual Healing one) and to be honest, the language and themes may have needed an over 16 certificate (or would that be missing the point?).

This was a success on-stage and off. The programme came with its own scheme of work called The Journey which charted Mongrel from First Ideas to Show Time.

An outstanding production, ambitious, artistic and accurate. Well done to you all.