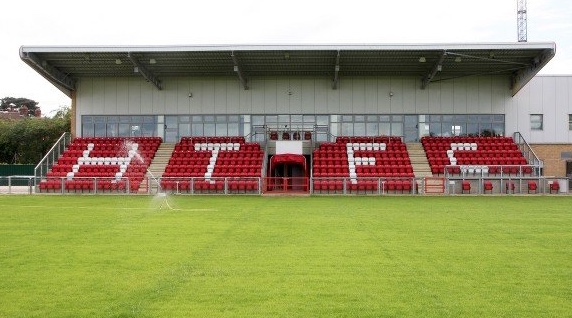 A WEST Ham United XI, comprised of Academy players, will travel to Harlow Town on Wednesday night to take on the Essex-based side at the McCullochs Arena.

Former player and new U18 Head Coach Kevin Keen will be in the dugout for the Hammers; he returned to the Club earlier this month.

“I’m excited to be coming back and being able to have an influence over young players and how they play and their technique,” he said.

“It’s a group that wants to come into the club and learn so much. It’s a real honour and I’ve looked forward to it so much and my first three weeks have been an incredibly enjoyable experience. “

Harlow Town play their football in the Isthmian League South Central Division and have so far entertained both Leyton Orient and Southend United during pre-season.

The friendly will be a great chance for some of West Ham’s Academy prospects to test themselves up against senior opposition ahead of the upcoming season.

Wednesday night’s game will kick-off at 7:45pm. Tickets are still available for the fixture which is taking place at the McCullochs Arena, Elizabeth Way, Harlow, Essex, CM19 5BE.

Tickets are priced at £10 for adults, £6 for concessions and £2 for children.