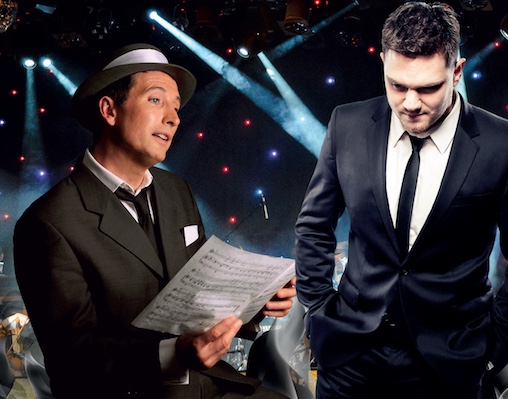 THE world of tribute acts is evolving all the time and with that comes increased competition.

Many an audience are discerning and demanding. That is a positive thing so it is good to see shows such as Buble meets Sinatra: The Showdown coming to the Harlow Playhouse.

This was such an inventive show as it used time to imagine the two great artists working together however what made it work and what impressed the audience was it kept the quality of the music at its heart. That also meant that both singers were not only faithful to both artists but excelled in their interpretations of Frank Sinatra and Michael Buble.

Whether it was Cry Me A River or Fly Me To The Moon, the music came on coming and the standard was always high. This was greatly helped by the quality of the musicianship.