Queer Tales at the Harlow Playhouse

QUEER TALES is an evening of funny, moving, heartbreaking, heartwarming, thought provoking monologues inspired by letters sent to Karlton Parris, the writer of the award winning play “Once a Year on Blackpool Sands”. 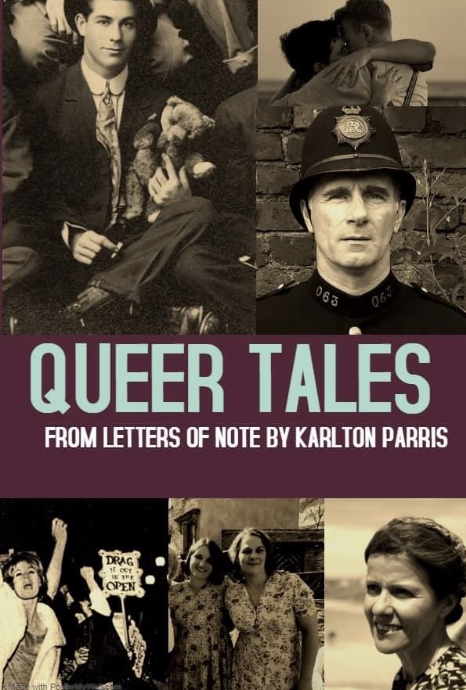 This was the true story of two young, gay, Yorkshire miners, Eddy Corkhill and Tommy Price, in 1953 and told of the difficulties of being LGBTQ in those times and of the bravery it took for these two young men, a transvestite, an aging lesbian and a very supportive mother and daughter to hold hands and walk together whilst braving hostility, punches and bottle throwing, to determinedly take, what Karlton Parris believes to be, the first steps towards Pride.

During the UK tour and Off Broadway run of the play, audience members felt moved to contact Karlton to share their own reminiscences, and those of friends and family, of what it was like to live in those unenlightened times when to be gay could land you in prison.

Karlton met the real Eddy and Tommy in 1984 whilst on holiday in Mykonos with friends. Sadly, at this time, Eddy and Tommy were both dying of AIDS but, over a period of 2 or 3 days they told Karlton their whole story.
The film version of the play has been shot and is being edited. The production company www.babydogfilms.com is an independent film company on a tight budget so all profits from this evening of “Queer Tales” will go towards funding the editing so that we can do Eddy and Tommy proud and get their story out there for all to see.