TWO drugs dealers caught with cash, cocaine and cannabis have been jailed for a collective total of more than nine years.

Chelmsford Crown Court heard how officers from the West Operation Raptor team were patrolling in Willowfield on March 13 this year when they noticed a suspicious car.

As officers approached 22-year-old Mohammed Yasin, who was a passenger in the car, was seen to throw a bag of the Class A drug cocaine out of the window. The bag contained an ounce of the drug with a street value of around £2,000. 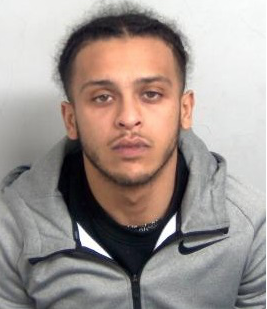 They also searched the driver of the car, 26-year-old Tyrone Minott of Shawbridge, Harlow who was found with £800 in cash on him and a mobile phone linking him to the supply of Class A drugs. 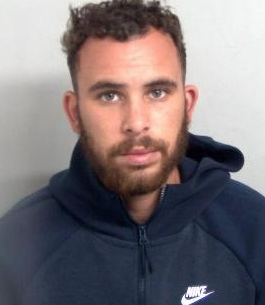 The pair were both arrested. A few months later, on June 13, the West Operation Raptor team were on patrol in Maddox Road, Harlow when they noticed a Mercedes which intelligence had linked to the supply of drugs.

Officers approached the car where they again found Yasin in the back seat. Yasin of St Andrews Meadow, Harlow was searched and found with £1,110 and a packet of cocaine, worth around £700, in his trouser pocket. A loose bag of cannabis was also found on the car back seat.

Yasin was arrested and, at a later search of his home, officers also found drug-weighing scales covered in traces of cocaine, a further bag of cocaine and jars used to hold cannabis.

He pleaded guilty to the charge and was jailed for four-and-a-half years.

Minott pleaded guilty to possessing a Class A drug with intent to supply and breaching a suspended sentence.

The court heard Minott, at the time of his arrest, was subject to a four-month suspended sentence (suspended for 18-months) for producing a Class B drug. He was jailed for four years eight months.

Following the sentencing Sgt James Paget of the West Operation Raptor team said: “On two occasions Yasin was found with significant amounts of Class A and B drugs.

“There is no doubt the cocaine and cannabis found were destined for the streets of our county.

“Thankfully Operation Raptor were on hand to make sure the drugs were ordered for destruction by the courts and the only place Minott and Yasin is going is to jail for a significant time.

“Operation Raptor will continue to target those who think they can come to the streets of our county to tackle illegal drugs – they can’t and we will be waiting for them.”

Essex Police set up Operation Raptor teams in the West, North and South of Essex to tackle drug and gang-related crime.

If you have information about drug or gang-related crime in your community contact Essex Police on 101 or Crimestoppers anonymously on 0800 555 111.