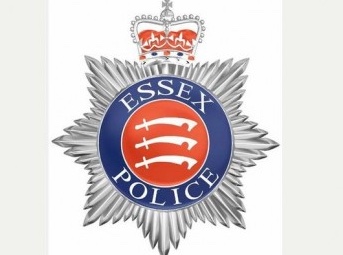 AN independent inspection of Essex Police has found the force to be outstanding at accurately recording crime and highlights victims are at the forefront of our processes.

The HMICFRS inspection took place this year and Essex was one of 39 forces judged against how crimes are recorded in line with national standards.

Our performance has been graded as the strongest of all the 39 forces inspected, and it’s been highlighted that we had substantially improved since the last inspection in 2014.

Crime reports between 1 August 2018 and 31 January 2019 were examined, and based on that sample the inspectorate found that in over 95 per cent of cases Essex Police accurately records crimes reported to the force.

Deputy Chief Constable Pippa Mills said: “I’m really proud of this result and really proud of all the officers, staff and specials whose excellent work on crime recording has led to us being judged as outstanding in this report. HMICFRS completed a thorough inspection of our crime reports and found that we accurately record 95.8 per cent, which is a huge improvement on our previous performance.

“We will build on this promising result and ensure that we do everything we can to protect victims by recording crimes accurately.

“We are not complacent of our outstanding grading or being named as the strongest of the 39 forces inspected. I am pleased that the inspectors found that ‘victims are at the forefront of our crime recording arrangements’, which demonstrates how we make protecting victims our main effort.

“The inspectors found that we still have some work to do in ensuring we record every crime correctly. Their inspection estimated around 6,700 crimes per year are incorrectly recorded. In the 12 months to August 2019, Essex Police recorded a total of 166,959 crimes which would mean the estimate of those not recorded correctly would make up 4 per cent of this total.

“I am really pleased that in the vast majority of crimes recorded on our system are recorded correctly, and this is down to a great deal of hard work from both officers and police staff. Work is continuing to ensure we improve even further.”

Roger Hirst, the Police, Fire and Crime Commissioner for Essex, is delighted that Essex Police has been graded as ‘outstanding’ by HM Inspectorate of Constabulary and Fire & Rescue Services (HMICFRS) for crime recording.

He said: “The inspectors have found that Essex is one of the top three forces in the country. This is great news and really commends the commitment officers and staff have to getting it right and doing the best they can for the people of Essex. It is impressive and gives people confidence in their police force.

“Good data is the basis for good policing decisions, and makes sure the force can deploy the right resources to the right places, so Essex Police can be as efficient and effective as possible.”

“Our scrutiny of Essex Police is on-going and we will hold the Chief Constable to account to ensure that this progress and improvement continues, with recording rates and processes getting even better. The future looks really positive for Essex Police. Thank you to everyone for their hard work and dedication.”