HARLOW Town Football Club is delighted to announce that Paul Wilson has been appointed as its new Vice-Chairman by accepting the position offered by owner, Tom Cunningham.

Paul has been involved in the football club for the last 7 years, helping build an entire commercial department from scratch and assisting with bringing in sponsorship & funding to help support the club’s first team. Paul is an internationally connected FX Trader. His deep professional experience & business acumen has been an invaluable asset to Harlow Town Football Club. 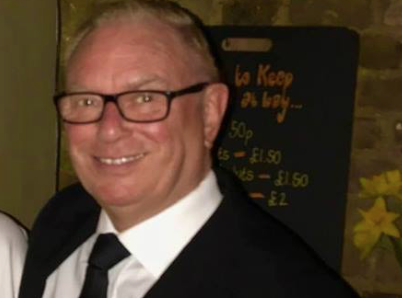 As part of the wider process of strengthening Harlow’s leadership team, Paul will now take wider business ownership and play a bigger role in supporting the club’s first team.

“Willo (Paul) has worked for the football club for several years now and has become an integral part of the team. The news that Willo has agreed to take on the role of Vice-Chairman at the Club follows an ongoing steady process of identifying a board that will bring the stability needed to achieve long-term success both on and off the pitch. I will remain on the Board, with an active involvement.”

“I am honoured to take on the role of Vice-Chairman at Harlow Town Football Club. Although there is a solid foundation in place, the Club still has tremendous untapped commercial and football potential. My ambitions are to take the club forward on and off the field. We do things properly here; we have a great facility and we have great people. The only way is up!”