How should £25 million be spent in Harlow?

IN September, Robert Halfon MP secured Government investment of up to £25 million into Harlow, to help deliver ambitious plans to revitalise the town and boost Harlow’s local economy. This week, the Government have asked Harlow residents to put forward their ideas on how this money should be spent. 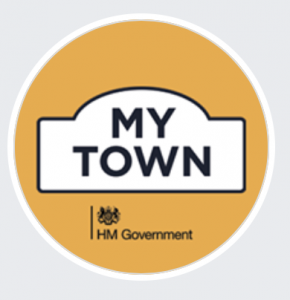 Earlier this year, Boris Johnson announced that 100 towns across England will receive extra funding, as part of a £3.6 billion Stronger Towns Fund. Harlow’s MP, Robert Halfon, successfully campaigned for a share of this fund to enable Harlow to build on its already thriving enterprise zone and continue its trajectory of economic growth. Robert raised it in Parliament on a number of occasions and recently met with the Communities Secretary, in Harlow.

This extra funding is in addition to the announcement earlier this summer that Harlow Town Centre is on track for investment as part of the Government’s Future High Street Fund.

In his letter to Robert Halfon, Communities Secretary, Robert Jenrick, wrote: “We want local people to have a say on how Town Deals will transform the place they call home and help to write its next chapter.

“Today we have launched the #MyTown campaign to raise awareness of Towns Fund and encourage people in the 100 places to celebrate their town on social media and contribute ideas.

Commenting on the announcement, Robert Halfon, MP for Harlow, said: “This is fantastic news for Harlow residents.

“Our town will benefit from up to £25 million to build an even better Harlow, create jobs, invest in our transport links and boost our local economy.

“I want this money to be spent as effectively as possible and I would encourage every Harlow resident to have their say.”

4 Responses to "How should £25 million be spent in Harlow?"