More young people than ever before are taking part in their school pantomime.

More young people than ever before are taking part in their school pantomime.

Burnt Mill Academy, in Harlow, is putting on a performance of Aladdin in December.

An original script is being created by the school’s performing arts teachers, led by acting head of performing arts Phil Watson, to ensure as many students as possible can get involved. 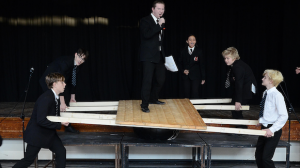 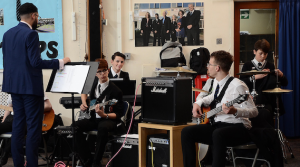 Mr Watson said: “Every student who wants to be involved, will have the opportunity to be on the stage as part of Aladdin. To make sure as many students as possible can be involved, I have written the panto myself, including ensemble routines and about 40 speaking roles.

“Students gave fantastic auditions and deserve their chance to shine!”

The show is expected to feature the talents of the school’s 65 drama club members, 130 choir singers, 20 members of the live band and 50 dance company performers, as well as technical support behind the scenes.

Mr Watson said: “We are aiming for the largest cast we have ever presented.

Performing can feel frightening to some, so we want to prove to all students that they can step up and perform. The more they do that, the more of them will catch the performing arts bug; and that is a life-enhancing condition.

“Aladdin has been engineered by us to be inclusive. We want to combine the spectacular feel of our big summer musicals with the huge participation possible in showcase performances.”

The show has also been written to include a range of music, including heavy metal and disco, as well as current popular songs, to expose students to various genres.

The show will be performed on December 10 and 11.