WHEN Harlow Town beat Leicester City in the FA Cup Third Round Replay, they were the talk of the country. More importantly, the whole town was celebrating.

The players who were used to playing in front of a few hundred fans now could see their exploits on the BBC.

One of the great things that happened after the game was the amount of local companies that wanted to back the team and congratulate them for their success.

Below is a selection of photographs taken in the weeks following the Leicester game.

1. The Harlow Town players all kitted out at Top Man 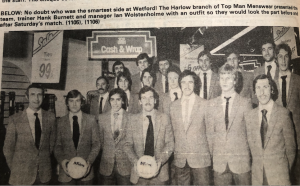 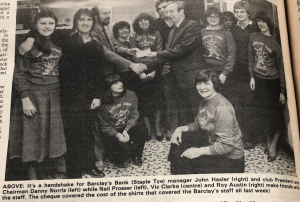 The Harlow Town players were given a locker each courtesy of Sankey Sheldon, a company that defender Fred Flack played for. Yes, that is Fred, with, as we said in the eighties with his hands full. 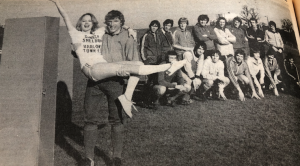 The players at Ray Powell car dealers. Ray Powell paid for the team bus to the Watford match 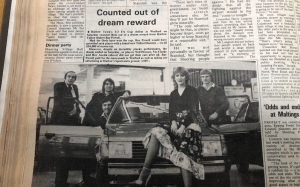 The players received a bottle of Gilbeys Gin each 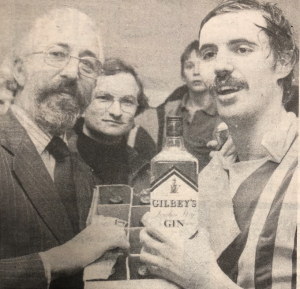 Below is a twenty minute interview with defender Vic Clarke. Vic gives a very vivid account of those heady days in late 1979 and early 1980.